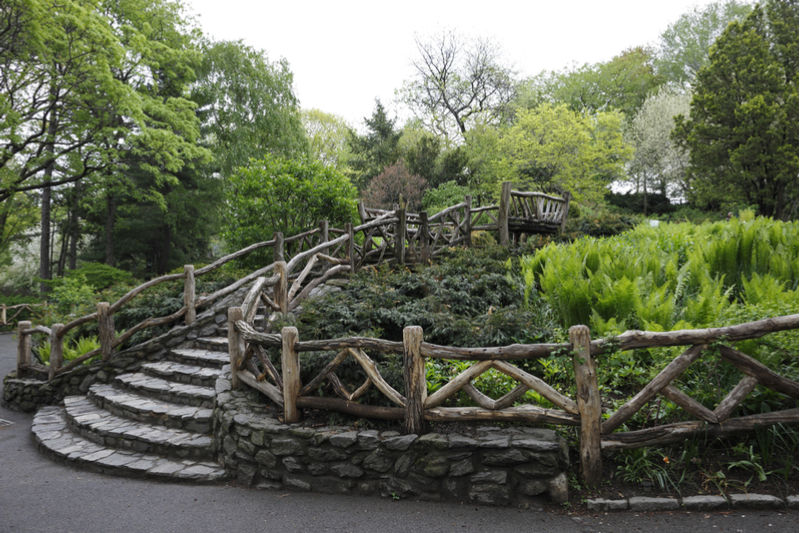 If you’ve never been to Central Park, you might not know: it’s big. Most people hear “park” and think about swing sets, some grass and trees, and a few benches. Central Park has much more. In fact, Central Park is so big it has 21 playgrounds inside of it.

In previous posts, we’ve introduced you to the layout of Central Park and explored some of this iconic park’s main features. Central Park is famous for a reason — it’s an oasis of green in the middle of the “Capital of the World.” So it’s perfectly fine to visit the main attractions and take in the scenery. Every corner of the park holds something new. The park does have some lesser known features, which we’re here to tell you about today.

Consider this your spoiler alert — if you want to discover Central Park’s quirks on your own, then read no further. But if you want some insight on the idiosyncratic nooks and crannies of Central Park, you’ve come to the right place.

As we mentioned above, Central Park is big. But, when it comes to finding your way around, there’s one little secret not too many people know about. The lamp posts. That’s right, there’s a secret code on each of them. The first two digits tell you what street is nearest. If the last digit is odd, you're on the west side of the park. If it's even, you're on the east side.

Beloved by children all over the city, the Delacorte Musical Clock is located near the Children's Zoo and Wildlife Center. Every day between 8 am and 6 pm, the clock plays one of 32 nursery rhyme tunes on the hour. On the half-hour, the mechanical performance is a bit shorter. The clock features endearing bronze animal sculptures created by sculptor Andrea Spadini, and include a goat playing the pipes, a kangaroo playing horns, a penguin on drums, a bear with a tambourine, and a hippo playing the violin.

Eleven acres of water? Lush vegetation? Fishing? All in the middle of the city? That’s Harlem Meer. You can borrow a rod for free catch-and-release fishing, and the area also includes two children's playgrounds, and the Lasker Rink, open for skating in winter and swimming in summer.

Continuing our theme of “things you usually can’t do in the city,” here in Central Park you can take a relaxing hike in the North Woods. Enjoy the sight of tranquil streams, waterfalls, ponds and the Huddlestone Arch. The Central Park Conservancy offers several different tours each day.

Whew! That’s a lot to explore. Here at Hotel Beacon, we’re not too far away from all the adventure in Central Park. Check out our latest special offers and rest assured, our rooms have all the comforts you need to unwind after your exploration.