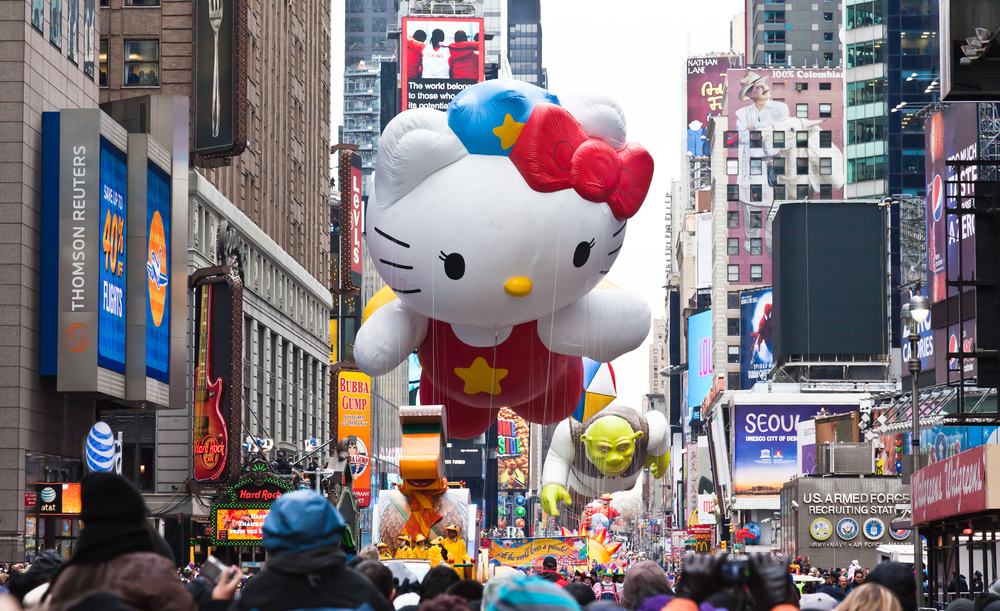 Every Thanksgiving, upwards of 3.5 million hit the streets of New York City to watch the Macy’s Thanksgiving Day Parade, an annual holiday event since 1924. Floats, crowds, and performances all make for a bigger-than-life spectacle that you’ll want to see, although that can be a challenge.

The truth is, there’s no secret spot to see the parade. The sheer amount of people make this impossible. Crowds are just part of the experience. The good news is, if you’re staying with us at Hotel Beacon on the Upper West Side, you don’t have to worry about traffic: the parade begins right in our backyard. Here’s a look at your viewing options.

If you really want to avoid crowds or if you’re traveling with fussy youngsters, a fun option is to see the parade balloon inflation the night before. See characters come to life as they’re inflated with helium in preparation for the following day.

Thousands come out for the mini procession, which takes place near the Museum of Natural History on the Upper West Side from 3 pm to 10 pm. Be aware that it gets dark around 5 pm, so it’ll be harder to see floats in the evening.

The inflation process begins at 79th Street and Columbus Avenue, then circles around the museum, back up to 81st Street. Keep your kids close – almost every year youngsters manage to wander off from their parents.

The general rule-of-thumb for the Macy’s Day Parade is the higher the street number, the less crowded the area. The parade begins at 77th Street and Central Park West. There’s no public viewing at 77th Street, but there are a lot of viewing options between 75th and 50th streets. Arrive early to stake out your spot – and remember that the parade doesn’t start until 9 am.

The mega procession takes its first turn at Columbus Circle, but the sidewalks are closed at this large traffic circle. Instead, you can try along Central Park South. It will be a lot more packed than Central Park West, but nothing compared to what awaits on Sixth Avenue. If you arrive very early, you could snag a good viewing spot along Central Park South, between Eighth and Sixth avenues.

-Wake up early to get to your spot by 6 am. Be prepared to wait for the parade to begin at 9 am.

-Pack snacks so you’re feeling good the duration of the parade.

Here at Hotel Beacon, we’d love to be your home base for any NYC adventure — check out our latest special offers. And if you need a meeting space for 10 to 150 people, we can help.