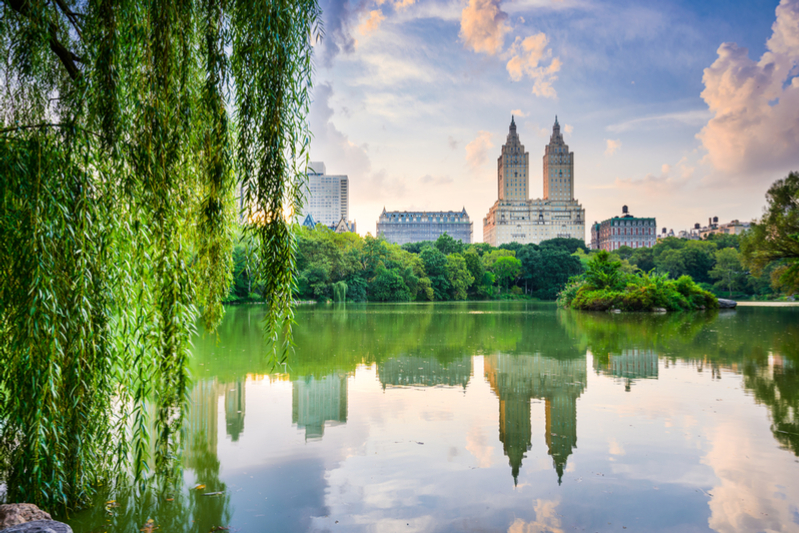 Historical Buildings on the Upper West Side

From the Brooklyn Bridge and Apollo Theater to  Ellis Island and the Statue of Liberty, New York City is a history lover's paradise. Nearly every street, building, and park — especially Central Park — has a story to tell, and the Upper West Side is no different.

Not only is the Upper West Side home to legendary institutions like Lincoln Center — home to the Metropolitan Opera and New York City Ballet — we also have the American Museum of Natural History. But you don’t even have to go in a building to experience history in New York City — the buildings themselves are part of the story. Here are five historic gems to take in next time you visit us on the Upper West Side:

Pictured above, The San Remo offers a great view of Central Park and — with it’s double tower design — quite the view from Central Park as well. Steven Spielberg, Dustin Hoffman, Tiger Woods, Demi Moore, Bruce Willis and Bono have all called The San Remo home. At the 18th floor, the building splits into the San Remo's iconic 10-floor towers and each tower features an English Baroque mansion below a Choragic Monument of Lysicrates.

Built between October 25, 1880, and October 27, 1884, The Dakota is famous for being the former home of John Lennon. It has a distinctive style with brick and sandstone walls and architecture featuring terracotta panels and balconies is that of the North German Renaissance style. It’s named after the Dakota Territory because, at the time it was built, the area was so sparsely populated it was considered remote compared to the more populated sections of Manhattan.

Arranged around the central cobblestoned driveway and courtyard, The Apthorp was built between 1906 and 1908 and was the largest apartment building in the city at the time. Rosie O’Donnell, Al Pacino, and Conan O’Brien have all lived here at the corner of West 79th Street and Broadway. The Apthorp is well known for its large, ornate iron gates at the front entrance of the building.

Named a New York City Landmark in 1974, you’ll know The Dorilton when you see it. It was originally constructed between 1900 and 1902 and then restored in 1998. The Dorilton’s limestone and brick exterior features monumental sculptures, richly balustraded balconies, and a three-story, copper and slate mansard roof.

When the Red Sox “sold” Babe Ruth to the Yankees, The Ansonia is where he first landed.
The building made its film debut in “The Sunshine Boys,” then in the movie “Single White Female,”  the Natalie Cole video for “Take A Look,” and then in the Michael Keaton and Marissa Tomei movie “The Paper.” The Ansonia began as a hotel in between 1899 and 1904 and was later made into condominiums