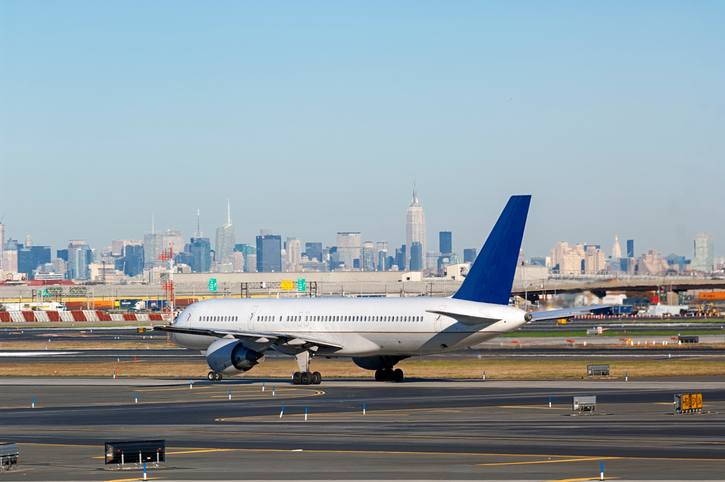 Everything You Need to Know about Newark Liberty International Airport

Don't be fooled — just because Newark Liberty International Airport is in New Jersey doesn't mean it's far from NYC. In fact, a lot of New York-bound travelers fly there, and make the quick commute to the city. Here's a helpful guide for all things Newark Airport.

Located just southwest of New York City, Newark Airport opened on October 1, 1928 as the first airport to service passengers to the New York metro area, with JFK Airport and LaGuardia Airport to follow. Through the early 1970s, Newark Airport remained relatively small, with only a single terminal located on the north side of the landing field. In the 1970s the airport began offering international flights, later adding on Terminals A and B. Terminal A is currently under construction, and expected to be finished by 2022 with a new parking garage, 33 gates, and a walkway to connect the Airtrain station and parking garage.

Because Newark Airport is located just across the Hudson River, you won't have to cut through Queens or Brooklyn to make your way to Hotel Beacon. You can take public transportation by riding the North Jersey Coastline Train to Penn Station, then switch to the 2 Train and exit at 72nd Street, all in under an hour. You an also take a taxi for a flat rate that ranges between $60-$65, excluding toll fees and tips.

Newark boasts an average 15-minute wait time for security, and quick check-in for flights, which makes it a favorable airport to many traveling to New York. However, you should still accommodate for delays, and show up about one-and-a-half to two hours ahead of time to ensure a prompt arrival.

As with JFK and LaGuardia, Newark Airport features a wealth of shops, stores, bars, and other amenities for eating, drinks, last-minute gifts, and travel necessities. Here on business or want to kill some time? The WiFi is complementary, and cell phone, laptop, and tablet charging stations are also on site!

Ready to book your trip to Hotel Beacon? Be sure to check out our special offers page to take advantage of our deals!