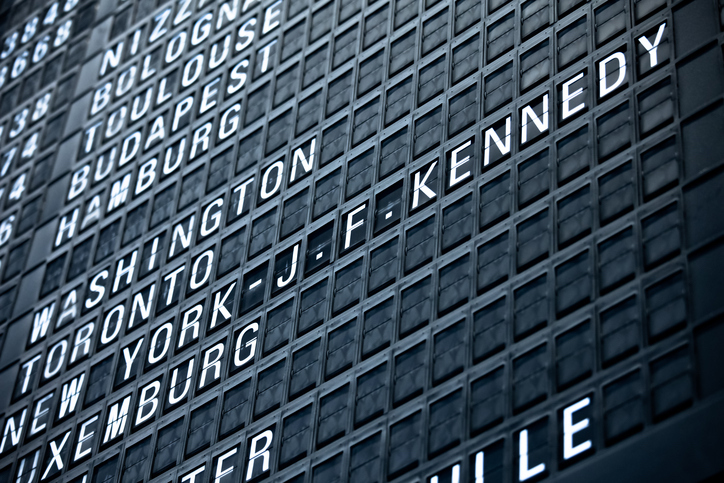 Everything You Need to Know About JFK Airport

You’ve booked your room at Hotel Beacon, you’ve packed your bags, and you’ve purchased a flight to NYC. All that’s left is landing at JFK Airport and making your way to the Big Apple. Here’s everything you need to know about navigating the busiest air passage gateway to North America.

First thing’s first: JFK is located in Jamaica, Queens, not Manhattan. There’s simply not enough space for an airport on an island full of 1.7 million people. New York City’s first international airport was also built in Queens, but soon became overcrowded. Hence, the birth and construction of the New York International Airport in 1948, later named JFK after the passing of President John F. Kennedy. As the years went on, JFK evolved into the megahub we know it as today. Boasting six terminals and 127 gates, JFK ushers out 800 flights a day!

To get from Queens to Manhattan, and vice versa, you must take a cab or train. Cabs can be very expensive, even at a flat rate, and tend to get lost in the mess of traffic. Your best bet, especially during nights and weekends, is to take advantage of the AirTran and New York Subway. To get to Hotel Beacon, simply board the AirTran to its end at Jamaica Station, and switch to the E Train heading towards the World Trade Center. Exit the train at 42nd Street and grab a cab up to Hotel Beacon, or switch to the 2 or 3 Train and exit at 72nd Street.

If you do want to grab a cab, there’s a stand outside of each terminal. The standard flat rate is $52 (excluding any tolls and tips.) There’s also a satellite parking lot where a friend can wait to pick you up. This is also where Uber, Lyft, and other transportation services congregate. A free shuttle will pick you up right outside the terminal and bring you straight to the parking lot.

As a rule of thumb, it’s best to show up two hours before your plane boards to allow enough time for security and check-in. But since JFK is one of the the busiest airport in America, we highly suggest adding in some wiggle room. A three-hour timeframe is long enough to accommodate to any hiccups with travel, long security lines, and checking your luggage (and maybe even time for a drink or bite to eat in the terminal.) Check in online and print your tickets beforehand to save some minutes. Even better: try to fit your belongings in a carry-on so you don’t need to spend time checking your bag and waiting on a claim carousel once you land.

If you have some time to kill, grab a bite to eat or browse the terminal shops. In addition to coffee shops and fast food, there’s also fine dining, top-shelf bars, and high-end retailers. Check your terminal for a complete list of its amenities. And if you find yourself in Terminal 1, we suggest dropping by XpresSpa for a pre- or post-flight massage!

Whether you’re working, with the kids, or killing time on a laptop, internet access and outlets are a must when it comes to traveling. Luckily, WiFi is free at JFK, and so are charging stations!