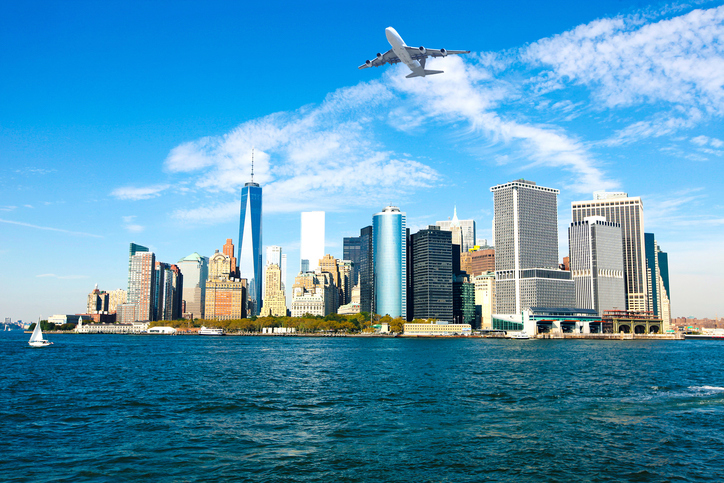 Everything You Need to Know About LaGuardia Airport

We've discussed JFK, but what about LaGuardia Airport? While this smaller hub — located on the northern tip of Queens — isn't quite as busy or well-known as JFK, it is closer to Hotel Beacon, and more tailored to domestic travelers. Here's everything you need to know before you fly in.

Before becoming an airport, LaGuardia was actually an amusement park along the Bowery Bays in East Elmurst, Queens. It wasn't until 1929 that it was transformed into a 105-acre private flying field, and later a public airport upon the approval of New York City mayor Fiorello La Guardia on December 2nd, 1939. As technology and the transportation industry grew, LaGuardia proved too small to accommodate the influx of travelers. Plans for a complete reconstruction of the terminal launched in 2010 to expand the airport, and is currently underway, with plans of completion in 2020.

Taxis are always an easy bet, especially after a long flight. Hail a cab outside either of the terminals, and make your way to Hotel Beacon in about 30 minutes (pending traffic.) No taxis offer flat-rate fees to the city, but you can expect prices to range from $20-$30, excluding tolls and tips. Ride share services help to cut costs, but can tack on extra time.

Although LaGuardia is far less busy than JFK and used mostly for domestic flights, due to its small amount of terminals, check-in and security can take longer than usual. Some of the terminals are also outdated, and in the process of renovation, so unexpected interruptions can occur. With that in mind, it's safe to show up 3 hours before boarding time to ensure you make your flight.

If you arrive early, there's plenty of modern amenities, including coffee huts, bars, sit-down restaurants, bookstores, and retailers. XpresSp and WT Warren Tricomi Hair Salon are our favorites. (There's nothing better than arriving to New York City with a fresh blowout and glowing skin.) WiFi is also free!