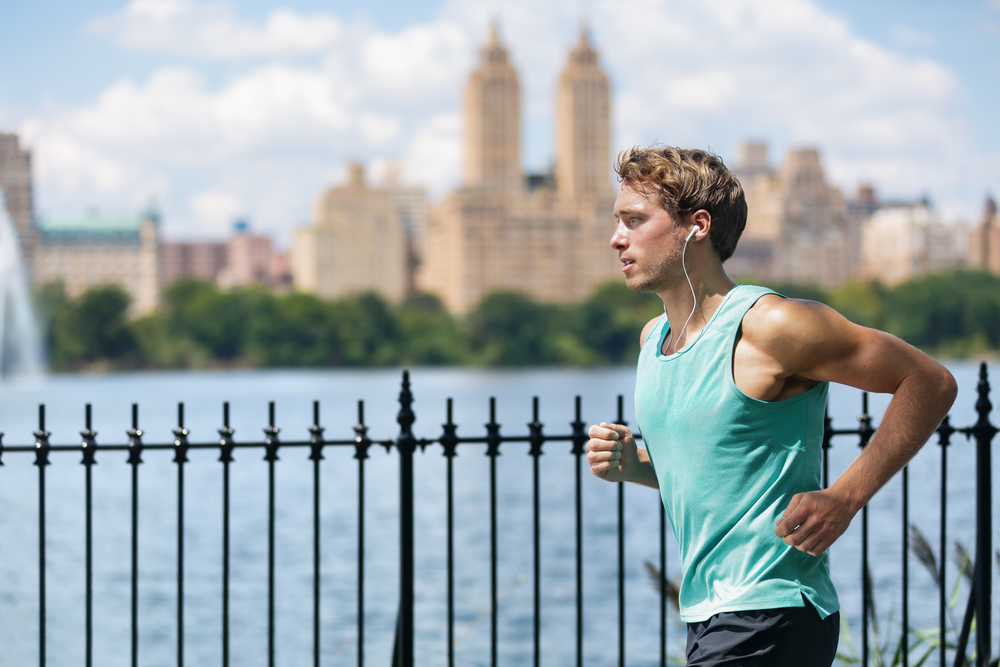 Our Favorite Running Routes on the UWS

It’s easy to fall out of routine with your fitness plans while on vacation, especially when tempted by the alluring food options in New York City. Fortunately, the Upper West Side is located next to some of the best running routes in Manhattan. Plus, the fitness center at Hotel Beacon is open 24/7 – and a full-service laundry room is available on the fifth floor so you can wash those workout clothes.

Get your daily dose of running using our favorite routes easily accessed from the Upper West Side. And, if you're in New York for the marathon, read about how you can prep for the big day using our NYC Marathon guide.

Riverside Drive and 72nd-129th Streets
Riverside Park is a scenic, waterfront green space that spans four miles along the Hudson River. Part of the 11-mile Hudson River Greenway, a run in Riverside offers a fresh breeze off the water and beautiful sunsets. From Hotel Beacon, head west on 75th Street just two blocks until you reach the greenway. From there, you can decide your route based on how much time you have allotted. If you run the entire length of the park up to 129th Street and back, it’s approximately a 7.4-mile run. Of course, this can be shortened by turning off and making smaller loops.

Central Park W. and 86th-97th Streets
A popular route used by Jackie O and Bill Clinton, the loop around the Jacqueline Kennedy Onassis Reservoir in Central Park is 1.58 miles and is regarded for its breathtaking views of the surrounding skyline. The cinder pathway is a nice break from cement, which you’ll get enough of in the concrete jungle. This path is iconic and sees lots of foot traffic, so treat it like a track race: head counterclockwise, sticking to the right-hand side. Beginning at the 86th Street Transverse, the reservoir path begins 1.2 miles from Hotel Beacon.

Morningside Drive and 110th-123rd Streets
Although technically Harlem, Morningside is right on the border of 110th Street of the Upper West Side. Its hillside terrain is so different from the other parks that we had to include it. Morningside is the choice running park for students at nearby Columbia University and best enjoyed during the day. It’s located right at the edge of The Cathedral Church of St. John the Divine, which is the fifth-largest church in the world. Marvel at its Gothic-revival architecture during your morning run. If you’re feeling tenacious, practice glute workouts on the steps of the 114th Street entrance. A run along the perimeter of the park is 1.5 miles, and bathrooms and a water bottle fill station are located between the entrances at 110th and 113th Streets.

In town for the NYC Marathon? Read about different ways to prep for this iconic route that stretches across the city. Become a Beacon Hotel Insider and enjoy 25% off our best rates.