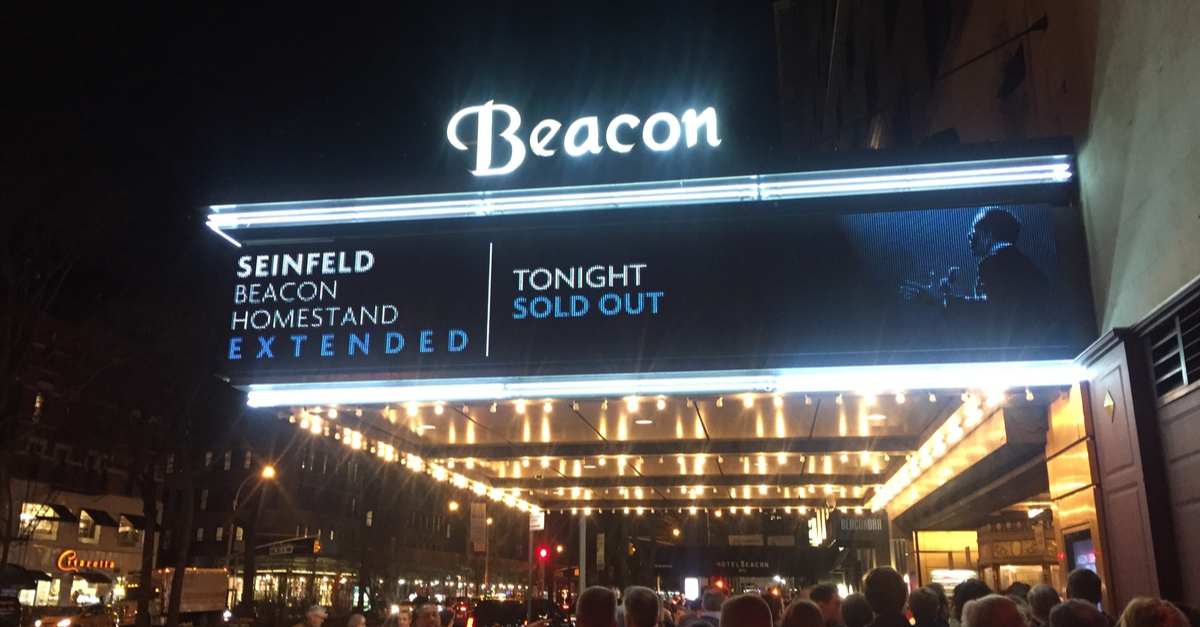 At Hotel Beacon, to say that entertainment is within walking distance is an understatement. That’s because our building is attached to the aptly named Beacon Theatre, a historic, 2,894-seat, three-tiered theatre designed by Chicago architect Walter W. Ahlschlager. It’s nearly as old as the hotel itself, opening in 1929 just after Hotel Beacon in 1928.

Beacon Theatre is one of New York's leading live music and entertainment venues and was the site of the 2011, 2012, and 2016 Tony Awards.

There are always great shows to see at Beacon Theatre, and spring 2018 is no exception. Here are a few:

Comedy icons Steve Martin and Martin Short team up for musical sketches and conversations about their legendary lives in show business and stand-up. An Evening You Will Forget For The Rest of Your Life features Grammy-winning bluegrass band The Steep Canyon Rangers and jazz pianist Jeff Babko.

He’s in the Rock & Roll Hall of Fame and has sold 18 million albums in the United States.

Beacon Theatre also offers events for the whole family. Peppa Pig, the #1 Family show of 2016, is back with an action-packed live show featuring your favorite characters as life-size puppets and costume characters in Peppa Pig’s Surprise! Join Peppa, George, Mummy Pig, Daddy Pig and more in an all-singing, all-dancing adventure full of songs, games, and surprises!

After 11 albums under their belts and countless live shows, Dove Award-winners Third Day are saying goodbye. “The live show has been the core fan experience, and this tour will give us an opportunity to go out and say thank you to the fans.” You can see Third Day on their Farewell Tour at Beacon Theatre.

In between Hotel Beacon and Beacon Theatre is, of course, Beacon Bar, where you can stop for food and a drink before or after a show. A great selection of wines, beers, and inventive cocktails is waiting!